What is the common denominator for the financial, ecological and social crisis? All these crises are now accelerating caused by a dysfunctional monetary system, or more popularly expressed, the financial system. Since money rules economy and politics is of no value without economic fundamentals, the money of the banks rules it all.

The basis for why it continually becomes more difficult to deal with these crises lies in the very foundation of our financial system, the way money is created and derives its value. In order to create sustainable economic system an unconditionally sustainable monetary system is needed. This is because the intrinsic logic behind a monetary system controls all other economic decisions.

It controls if there is a short-term and unsustainable economic growth that benefit but a few individuals or a long-term sustainable economic growth that benefits the whole society.
The monetary process is difficult to understand for many, even for experts. The process of how banks create money is so irrational that it almost is repulsive for our way to reason.

Seemingly though, it appears as if we borrow something very valuable from the banks (money) and we are therefore more than willing to pledge something valuable in return, we even pledge to give a part of our future earnings and our possessions (assets) in the case of if we do not pay. But in reality, the relationship is just the opposite. We get something from the bank which is basically completely worthless (figures in an account or coloured paper) and it is we as borrowers who have to cover or fill these worthless digits with any value, namely the promise of performance. Money is thus created in a completely different way than most people think.

The bank has only received power from the state to create money through credit lending. Therefore, today’s money is called “debt money” or “Fiat money”. The Bible says that God created light out of nothing but the power of his words. He said: “Fiat lux” (Let there be light). Fiat money is also created from “nothing”, but their value is created through a social construction, where we cover up the “nothing” with a debt recognition and a performance promise.

Debt Money was out of this first called “Protestant” money, since they got their legitimacy through the formation of central banks in Protestant countries such as Sweden (1668) and England (1688). There is thus a religious background to today’s non-rational monetary system. The confession and the trade of guilt was a Catholic mission. Within Protestantism the trade of debt or guilt became an internalized settlement between the individual and God. The creation of money through debt recognition therefore appears like a “natural” psychological step for a guilty Protestant. Today’s money is basically based on a secular faith, nothing else. It only exists because we believe in an illusionistic, but internalized guilt.

The right to create money has previously always been confined to a state’s sovereignty. Today that right belongs to the private banks.

The ability to create money “out of nothing” is the modern industrialized world’s foundation. It really is an impressive illusionary masterpiece that requires some respect. Since we would not have the society of today and it would also have been impossible to understand it without recognizing the essence of this illusion.

All financial business that describes economy is thus based on paying back a debt, since all earned money is initially borrowed money that must be paid back. But as everyone knows, there is also an interest on debt. And since money is created through credit, this means that the compounding debt of society must continually grow as we must borrow more money to repay our debts plus interest. This means that we have indebted ourselves even more, with even more interest requirements and so on.

This is a classic vicious circle. Those who have read a bit about systems theory knows that any system that has a positive feedback is doomed to collapse. Therefore, it is a mathematical inevitability that our monetary system must sooner or later break down. The existing monetary system allows that debt grows exponentially over the years, so that is doubling at an even pace, i.e.: 2, 4, 8, 16, 32, 64. Sooner or later the system ends up in a debt crisis where states, organizations and individuals no longer have the power or will to borrow more to make more money. Money needed to create even more growth in order to pay the interest of our exponentially growing debt.

The dysfunctional monetary system of today has a wide range of adverse side effects during its final stage (before the collapse) that get more apparent and emerge as we all now are becoming aware of. The interest makes a few accumulate more bills of debt (money) while the rest are becoming increasingly indebted. Some have to go bankrupt so that others can pay their interest.

Excessive growth of debt must be met with an equally excessive economic growth, when the liabilities are covered by a performance requirement. We must therefore work more and consume more – at any given price.

Growth is hence all of the economists and politicians’ stubborn mantra. Only through growth can we even try to catch up with the exponential growth in the interest expense of our debt.

Logically our debt grows even more when we try to meet its interest requirements. So we struggle in vain no matter what we are doing. The system must, mathematically, end in a collapse as our burden of debt grows to infinity. Meanwhile, the pressure to perform increases on people, nature and our social systems. Nature’s resources will, like people, get more out of balance. The exponential need for growth do not respect the natural need for recovery.

Societies are forced to save on the lookout for opportunities to cope with the increasing burden of debt. That is what we are seeing in many countries now where states are forced to save. While at the same time citizens are expected to consume so to increase growth so that an impossible debt can be paid back. This is an equation that does not add up.

In other words, there is a self-destructive mechanism built into our monetary exchange system. A society without a functioning exchange system is a society without a functioning division of labour and is in an acute existential crisis. Our current monetary system imposes therefore a serious threat to our nations. We must realize that the monetary system now must be changed. Just a sustainable monetary ground in financial system for the exchange of values, gives us the opportunity to build a sustainable economy and therefore a sustainable and just society in the future. 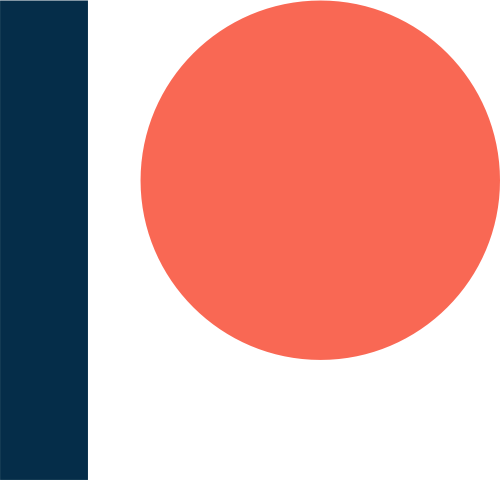